After more than two hundred years of development, bicycles have evolved into many different uses of bicycles according to the changes in people’s living habits. There are cross-country bicycles, special racing bicycles, leisure bicycles, comprehensive performance bicycles, and modern small-sized bicycles. foldable bicycle.

No matter how the use of the bicycle changes, its structure remains the same. Two wheels are added to the front and rear. They are driven by manpower and driven by a chain. Of course, the current bicycle manufacturers have developed chainless bicycles. Although the structure of the bicycle is clear at a glance, it seems simple, but the bicycle is the most efficient means of transportation invented by mankind so far. It is not even a car that integrates modern technology. Friends who have studied physics are all there. The efficiency is only about 30%.

However, bicycles are relatively modern. As a means of transportation, the speed is far from meeting people’s needs. As a means of transportation, the load capacity is negligible. The car is the main theme of the times, and the bicycle is not overlooked by people. However, with the development of economy, modern pollution has become more and more serious, and people’s awareness of environmental protection has gradually increased. People are gradually paying attention to the problem of automobile exhaust pollution, and the role of bicycles has been highlighted, zero emission, environmental protection and health. This is the new mission of bicycles in modern times-the representative of environmental protection and health in the new era.

It is not only environmentally friendly and zero-emissions, but if people often ride, they can get a strong body in return. Now that sub-health is becoming more and more serious, people also value their own health. Therefore, bicycles follow the trend and appear around people as a healthy exercise tool. According to research, cycling can effectively reduce cardiovascular and cerebrovascular damage. Such diseases occur, you can lose weight healthily, and you can be cheerful. The major bicycle manufacturers are also following this opportunity to develop bicycles suitable for modern people’s needs, making bicycles more in line with modern life, and bicycles have gained a new life. 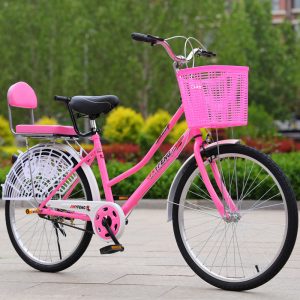 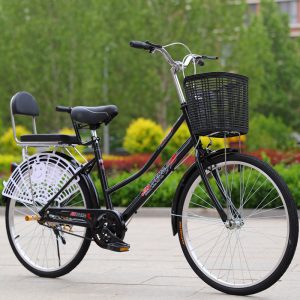