Bicycle factory: disassembly of the group

Bicycle handlebar sets can be divided into two types according to their structure. One is a toothless headset, which is commonly found in mid-to-high-end models, and the other is a gooseneck handle, which is commonly used in commuter bikes, ladies’ cars and other comfortable bicycles. To disassemble these two handles, relatively speaking, the disassembly of the toothless headset is easier.

In toothless headsets, several washers are usually installed on the stem. This is used to adjust the height. It should be noted that the front fork riser is generally lower than the top end of the stem, if it is higher than the stem. The uppermost end of the stand cannot preload and fix the headset bearing. To disassemble the toothless headset, we only need to remove the topmost hexagon socket bolt, and then loosen the two fixing screws on the side of the stand to disassemble it.

When disassembling the gooseneck standpipe, you may need to remove the topmost plastic cover to see the inner hexagonal fixing screws. This position requires a long-handled hexagonal wrench to loosen it and remove it. The goose head riser that has been used for a long time may be corroded by rust and is difficult to disassemble. At this time, we can try to rotate the riser left and right, and slowly push upwards. If the food is too tight, then some penetrant can be applied. , Or use a plastic hammer to hit upwards. 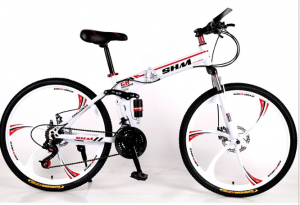