Folding bicycle, speaking of folding, of course, this bicycle can be folded. In recent years, with the rapid development of cities and the increase in population, the personal living space in the urban area has gradually decreased. Many people live in relatively small places. In this case, if you put a relatively large mountain area Bicycles or road bikes seem to be unable to fit. Therefore, at this time, the benefits of folding bicycles are reflected. This is exactly this imagination that directly makes folding bicycles popular around us.

Folding bicycles are especially suitable for riders who live in high-rise commercial houses and have limited living space. Because they can be folded, they can also be easily taken on subways and buses. However, folding bicycles are not very suitable for long-distance riding, and the wheels are generally relatively small, with poor passability, and stability compared to road bicycles and mountain bikes. Therefore, they are not very suitable for new scholars to ride. Of course, it’s just a relative term that it’s not suitable for long-distance riding. Some great people can travel around the world even with a small fold.

However, folding bicycles do not mean that you can ride if you want to ride. It also depends on your height. If it is too high, imagine that the cockpit is so small and the front and rear wheelbases are short. Riding in folding On the bicycle, the whole person is shrunk into a ball. First, it is unsightly. Second, the riding posture cannot be adjusted to the correct angle, which affects one’s health. 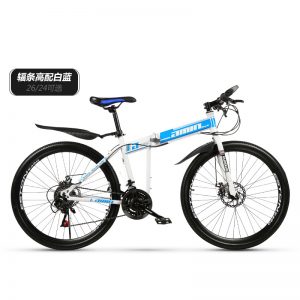 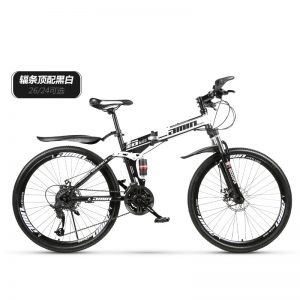